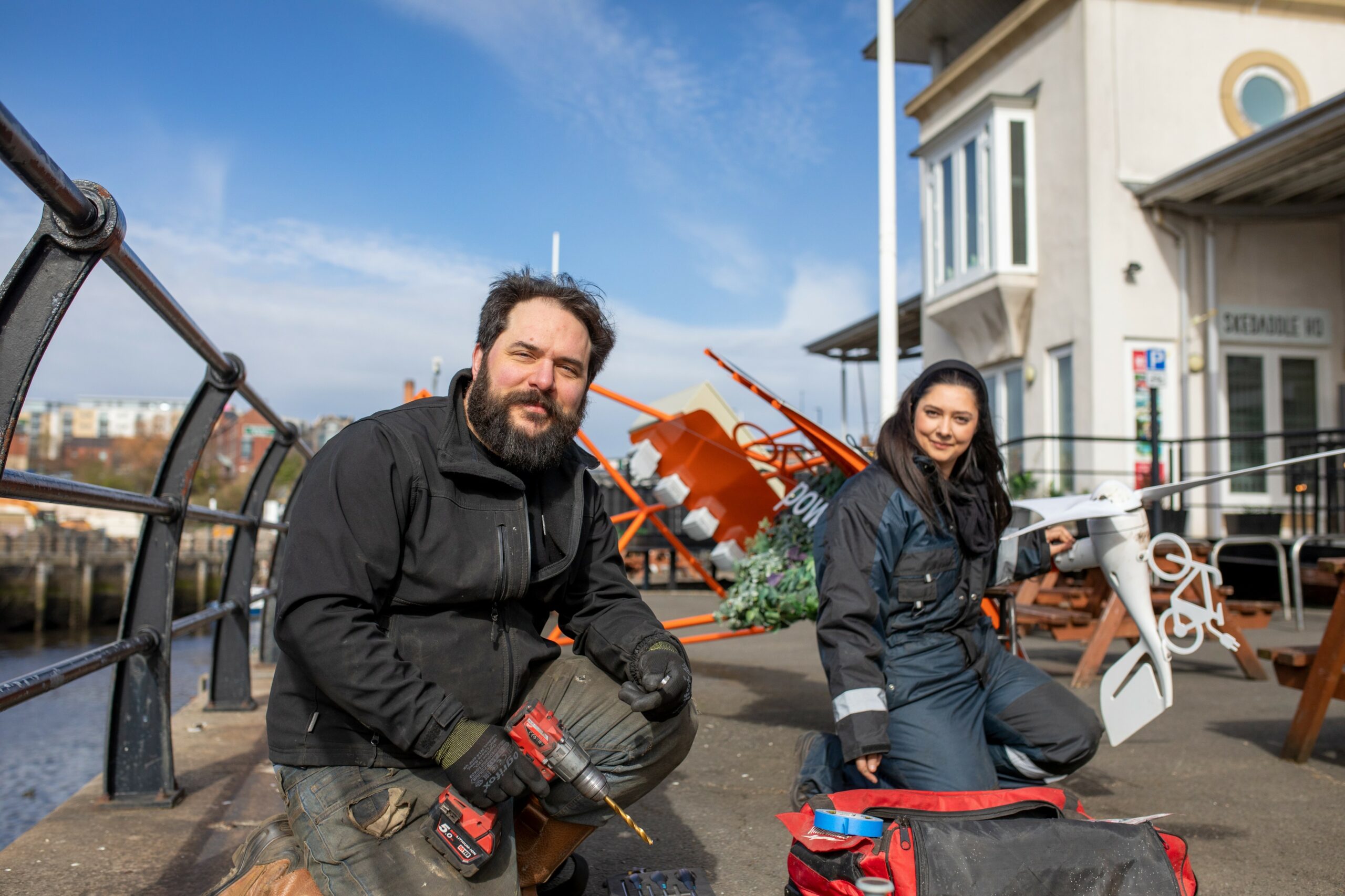 Power Trip, an off-grid e-bike charging station, started generating electricity outside the Cycle Hub bike shop and cafe on 15 March. Overlooking some of the famous Tyne bridges, Cycle Hub is a key destination for cyclists on long-distance cycle routes that follow the River Tyne. Any customers arriving on e-bikes can now hook up to the Power Trip—for pennies—and, as they sip their cappuccinos, charge their batteries with zero-carbon energy.

Using an always-generating combination of solar photovoltaic panels and a small wind turbine, Power Trip was developed by Geoff Wallman and fabricated by his girlfriend, Alexandra Prince. Wallman has a Ph.D. in engineering from Newcastle University, where he specialized in combined heat and power generation, or thermoacoustics.

His startup, Intelligen International, is based near Hexham in the Tyne Valley, 20 miles from Newcastle.

“This is the first zero-carbon e-bike charging station,” says Wallman.

Conditions were perfect for yesterday’s launch: bright sunshine and a sporadically stiff wind. At times, the wind turbine on top of the Power Trip was spinning at speed, and even when it slowed to a crawl, the solar panels meant there was still power being generated, and subsequently stored in the unit’s on-board batteries. 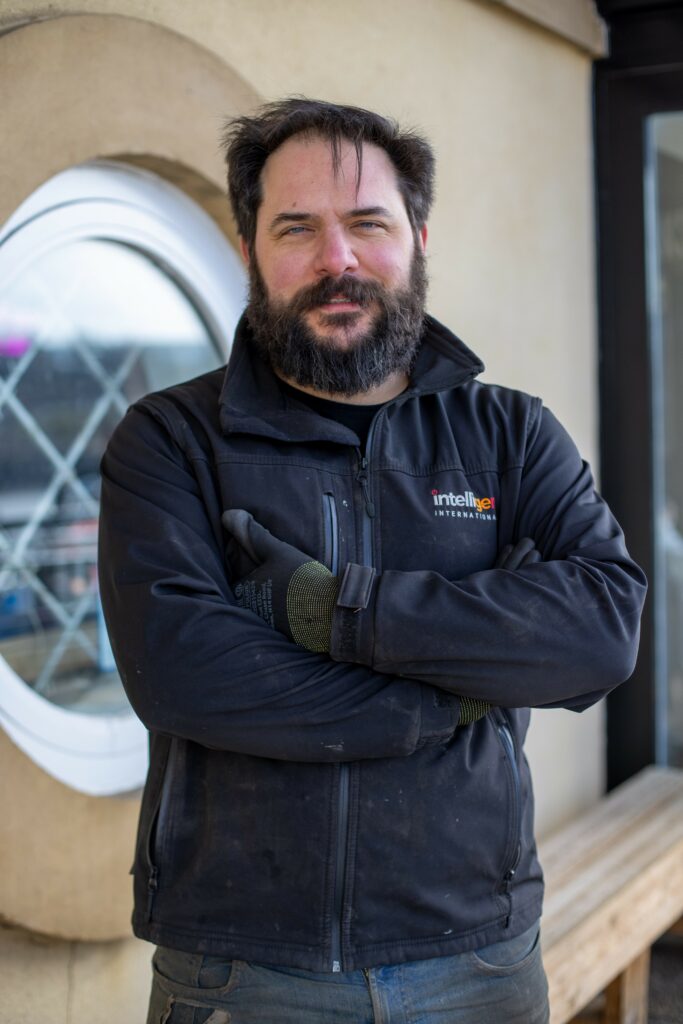 Wallman believes Power Trip units would work well at remote cycle hire stations or outside bike shops that want to generate a buzz as well as off-grid electricity.

Cycle Hub’s unit has four power points, but this can be adapted for other locations, as can the size of the solar panels.

“People can either bring their own chargers and plug those in, or a bike shop could supply Shimano or Bosch cables, which are the battery systems most commonly found on e-bikes,” says Wallman.

Future Power Trip units will be able to operate 24/7.

“You will go up to the station, scan your card or your phone, and then one of the charging ports will open,” says Wallman.

Power Trip currently uses new lithium phosphate batteries for storage, but Wallman is exploring using spent batteries from Nissan LEAF electric cars, which typically still have a useful life after their use on the road.

“There’s still about 60% capacity left in some of those supposedly end-of-life [electric car] batteries,” points out Wallman.

“Nissan uses a modular system, which would make it a little bit easier for us to include those in any future design.”

Wallman’s interest in off-grid power generation started when he was a child on family holidays in East Anglia.

“We had a static caravan beside the windy seaside. I remember as a young kid, lying on the bed, watching the ammeter on the side of the cupboard, which told you how many amps was flowing in from this wonky, wobbly wind charger that was stuck outside of the caravan and getting torn around in the Norfolk and Suffolk winds. Not enough wind and the black-and-white TV wouldn’t work.”

“Tyneside is such a thrilling place to be for an engineer,” he says.

“As a 19-year-old, I remember cycling out to the coast, past Swan Hunters shipyard, past all of these huge engineering achievements, all of which were driven from the Northeast, and feeling the hairs on the back of my neck stand up.”

Turbines were invented on Tyneside by Charles Parsons in the 1880s. His experimental ship Turbinia, made just a few miles from Cycle Hub, was powered by an innovative steam turbine engine, and it famously outpaced the Royal Navy’s fastest warships at the Spithead Naval Review in 1897.

“So much electricity worldwide is generated by Parsons turbines,” muses Wallman.

“And they were invented right here on Tyneside—it’s an incredible place to live and work.”

Power Trip was developed with support from the Niche Vehicle Network in collaboration with the Rural Design Centre and was further supported by Innovate UK, and the U.K. government’s Office for Zero Emission Vehicles. The Niche Vehicle Network provides a collaborative R&D program supporting SME-led projects working on zero-emission and low carbon vehicle technologies.