Britishvolt to invest more than £200m in Midlands test facility 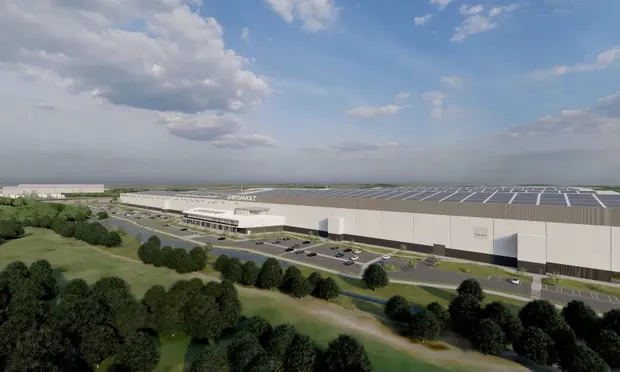 The UK battery startup Britishvolt will invest more than £200m in a new facility in the West Midlands to test manufacturing methods used at the factory it has planned for in Northumberland.

The company will lease a site in Hams Hall, Warwickshire, from the warehouse developer Prologis, with equipment installation expected by the end of autumn 2023.

The move will give Britishvolt access to the significant number of engineers working in the West Midlands, which has long been at the centre of the British automotive industry. Jaguar Land Rover (JLR) is planning a battery assembly centre at Hams Hall, while the German carmaker BMW produces petrol engines there as well.

Britishvolt has pursued a flurry of partnerships and investments as it pursues its ambition to build electric car batteries from scratch. In January it secured £100m in government funding, alongside backing from the investment firm Abrdn and the fund manager Tritax that is eventually expected to reach £1.7bn. Britishvolt has also recently secured investment from the Monaco-based shipping company Scorpio Group, in an indication that it will look beyond the automotive industry for customers. However, it has signed memorandums of understanding with the UK carmakers Aston Martin and Lagonda.

Britishvolt chose to build its “gigafactory” – industry jargon generally used to refer to battery plants with annual capacity of more than 10 gigawatt hours – in Cambois near Blyth in Northumberland. That site was selected in part because of access to renewable energy from offshore windfarms

Paul Franklin, Britishvolt’s property director, said he wanted the company to “lead the UK’s journey into re-industrialisation with the first full-scale battery gigaplant”, and added that the Hams Hall facility would “help the UK build on its home-grown battery intellectual property and level up the country ready for the energy transition”.

The only other planned battery plant of a similar scale is an investment by China’s Envision at a site in Sunderland that was formerly owned by Nissan to produce batteries for its electric models. Another effort to build a “gigafactory” at Coventry airport has yet to find a major investor.

The project hopes to attract investment from a major automotive company, with West Midlands-based JLR seen as the best fit. However, JLR did not deny a report by Bloomberg last week that it is considering sourcing batteries overseas, from Sweden’s Northvolt or China’s SVOLT Energy Technology, for a range of electric cars that it may assemble in Slovakia.

… we have a small favour to ask. Tens of millions have placed their trust in the Guardian’s fearless journalism since we started publishing 200 years ago, turning to us in moments of crisis, uncertainty, solidarity and hope. More than 1.5 million supporters, from 180 countries, now power us financially – keeping us open to all, and fiercely independent.

Unlike many others, the Guardian has no shareholders and no billionaire owner. Just the determination and passion to deliver high-impact global reporting, always free from commercial or political influence. Reporting like this is vital for democracy, for fairness and to demand better from the powerful.

And we provide all this for free, for everyone to read. We do this because we believe in information equality. Greater numbers of people can keep track of the global events shaping our world, understand their impact on people and communities, and become inspired to take meaningful action. Millions can benefit from open access to quality, truthful news, regardless of their ability to pay for it.

[originally posted on The Guardian]