£500M partnership formed for the Newcastle Campus for Ageing & Vitality 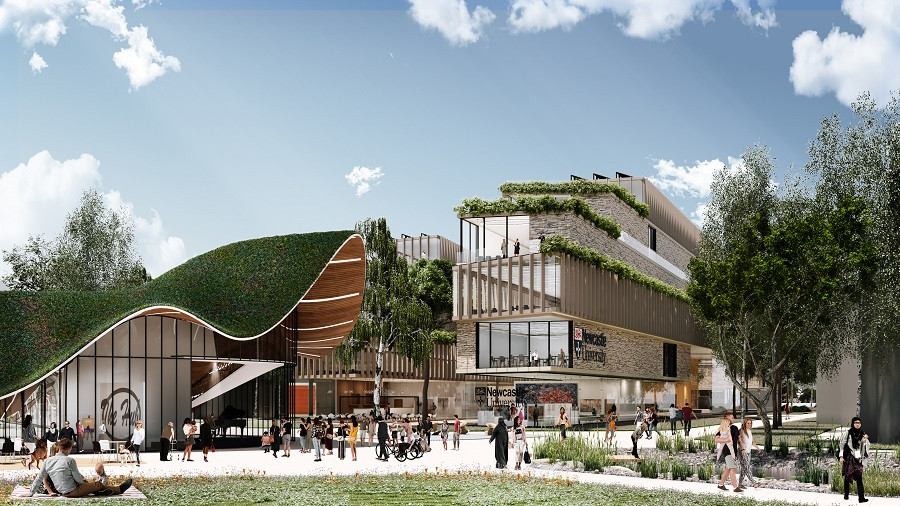 A joint venture set to bring forward a major Newcastle masterplan, which will transform a former general hospital site and create a host of jobs in the city, has been confirmed.

Genr8 Kajima Regeneration has formed a partnership with Newcastle University to develop the Newcastle Campus for Ageing and Vitality, which will regenerate the former general hospital site into a centre for research and innovation.

The mixed-use scheme will integrate research, living, workspace and health uses to create a destination which will examine new approaches to the way we live and how these can relate to improved health and wellbeing.

The 29-acre site, which is owned by Newcastle University, aims to become the UK’s leading development of an exemplar neighbourhood, including the provision of homes enabling people to live longer and healthier lives.

The scheme will also create new jobs, and new models of integrated care for the City of Newcastle.

The establishment of the joint venture follows outline planning permission for the site being granted in February 2022.

The masterplan, which has been developed with GSS Architecture, will focus on integrating the site with the surrounding communities.

It is the first scheme awarded to the partnership, which was formed earlier in 2021, following its success in creating Rochdale Riverside, a new retail and leisure-led mixed-use destination that has transformed the centre of Rochdale.

As part of its development partner role, the joint venture will secure funding for the scheme, which has an estimated gross development value of £500m.

Kate Pix, regeneration director, Kajima, said: “If we are to level up the country, we can’t simply build more homes. We also need to rethink how we use existing places, particularly those with in-built community benefits such as health facilities, life sciences and other social infrastructure.

“Newcastle’s Campus for Ageing and Vitality plans to achieve all of this, whilst also becoming an innovative centre for developing homes and services that support the health and wellbeing of the local community and beyond. By placing community, health, sustainability and people at the heart of our work we will deliver both homes and jobs for local people.”

Genr8 Partner Richard Ingham added: “CAV represents an unrivalled opportunity to deliver an exemplar scheme of international significance, which harnesses best practice and drives innovation in the living and place arenas. We believe that the partnership between GKRL and Newcastle University provides a unique combination of academic excellence, property investment and development expertise.”

Professor David Burn, pro-vice chancellor for the Faculty of Medical Sciences at Newcastle University, said: “The site will give us an unprecedented opportunity to undertake world-class research that not only benefits our local population, but people nationally and internationally too.

“We will take a whole-system approach, from cell to community, working with our partners to create a site that is truly unique in its scope, for the health and wellbeing of our population, as well as boosting the economy of our region.”